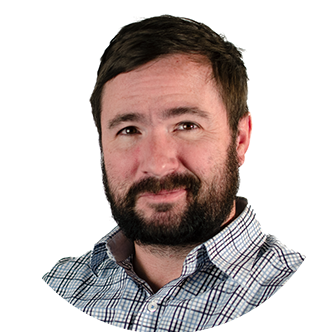 In North Dakota and throughout the United States, Native American students have historically experienced an achievement gap, defined by the National Assessment of Educational Progress as occurring “when one group of students (such as, students grouped by race/ethnicity, gender) outperforms another group and the difference in average scores for the two groups is statistically significant.”

Cultural relevancy in education has been gaining traction year by year ever since the term was coined by Gloria Ladson-Billings in the 1990s as a pedagogy “that empowers students to maintain cultural integrity, while succeeding academically.” Its definition has evolved over the years, as has its reach. A 2013 education research report published by Shawn Malia Kana‘iaupuni – a founding member of the National Advisory Committee on Racial, Ethnic and Other Populations – and Brandon Ledward – Research Analyst at Kamehameha Schools in Hawaii – titled The Call for Cultural Relevance in Education, for example, stated that “the basic logic of why culture is important to education is simple and intuitive, especially when it comes to making learning relevant: not all cultures are the same. . . . Successful schools welcome opportunities to resonate culturally with the students and families who they teach and serve.”

Some studies indeed support this statement, including one conducted by Stanford’s Center for Education Policy Analysis. A 2016 PEW article, however, cautions that, while modestly lowering attrition rates and improving high school attendance rates as well as the quantity of students subsequently attending college, Native language and cultural programs should also be bolstered by programs that improve family engagement, provide supportive teachers, and allow for safe, drug-free schools.

In recent years, REL Central at Marzano Research has partnered with NDDPI in the development of tools to support teachers of Native American students by creating resources that help students engage, attend, and graduate.

The toolkit provides activities and strategies to help schools consider ways to build an understanding of their students’ communities, foster a cultural connection and foster trusting relationships.

Two tools used by NDDPI to help improve student engagement, attendance, and graduation rates and overall success are the annual North Dakota Native American Needs Assessment and its companion Action Plan. The needs assessment surveys teachers and administrators across a range of needs that will help them better instruct Native American students. The results are then used to gather actionable resources that can be incorporated into a viable action plan.

This yearly action plan and the resources it presents allows teachers and administrators to better engage and support students in order to enhance attendance, graduation rates, and other metrics. These resources fall under the areas of Providing Culturally Responsive Curriculum and Instruction, Promoting Social-Emotional Learning, Using Equitable Instructional Practices, and Engaging with the Native American Community. For example, teachers interested in tools to improve family engagement could find this resource: A Toolkit of Resources for Engaging Families and the Community as Partners in Education. The toolkit “provides activities and strategies to help schools consider ways to build an understanding of their students’ communities, foster a cultural connection and foster trusting relationships” among its goals.

From 2011 to 2018, the average graduation rate among Native American students in North Dakota rose by 15 percent, thanks in part to an increased focus on improving engagement and attendance after the issue was recognized by state officials. NDDPI expects that NDNAEU-aligned lessons and other resources and support will further decrease the achievement gap between Native American and non-Native students.

Contact us to learn more about our work in this topic.

The COVID-19 pandemic has led to unprecedented social distancing restrictions throughout the country. With many students now being advised to stay home and the majority

Long before babies are capable of learning number words, they typically demonstrate an ability to distinguish a difference in quantities and notice when objects are

The increasingly prominent role technology plays in our lives has come to the forefront of education research in recent years for obvious reasons. With a